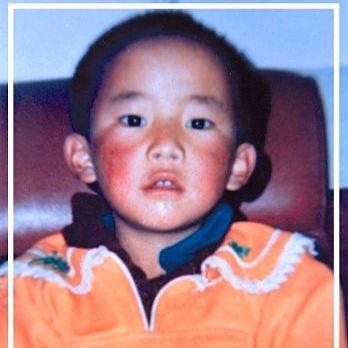 Today marks the 30th birth anniversary of His Holiness the 11th Panchen Lama Jetsun Tenzin Gedun Yeshi Thinley Phuntsok Palsangpo, the spiritual teacher of the entire sentient world. On this blissful day, we, the monks and devotees of Tashi Lhunpo Monastery both inside and outside Tibet, offer our deepest respects and heartfelt Tashi Delek.

It goes without saying that the sole aim of successive reincarnations to come into the realm of humanity is to serve sentient beings.  However, due to the lack of our collective merit, it has been over two decades since the current 11th Panchen Rinpoche has been forcibly disappeared.  Since then, accurate, factual information regarding Rinpoche’s whereabouts has remained unknown which has become a matter of great concern and urgency to all.

The successive throne holders of the Panchen Lama lineage have contributed immensely to the great spiritual tradition of Tibet and to the welfare of all sentient beings in general. However, the 10th Panchen Lama was one of the greatest lifelong advocates of Tibetan Buddhism and culture, and worked tirelessly to preserve the rich Tibetan linguistic tradition during a crucial period in Tibet’s recent history. The 10th Panchen Lama was also a strong promoter of a prosperous and peaceful Tibet Autonomous Region. The fact that we have a movement for the preservation of the Tibetan language and the right to self-governance in Tibet at this moment is a legacy of his hard work and contribution. As a result, even after 30 years since his demise, Tibetans from all the three traditional provinces of Tibet remain deeply indebted to him for his efforts and sacrifice.

As the popular Tibetan proverb goes, ‘As the Sun and Moon in the Sky, the Dalai Lama and Panchen Lama on the ground’, these two great spiritual figures have entered the human realm as teacher-disciple in Tibet’s history, and recognize each other’s reincarnation through the purity of their knowledge. Continuing this sacred bond and tradition, His Holiness the 14th Dalai Lama announced the reincarnation of the 10th Panchen Lama and fulfilled the deep aspirations of the Tibetan people. However, in a moment of great tragedy and sadness, the young 11th Panchen Lama Gedun Choekyi Nyima was forcibly disappeared by the Chinese government at the tender age of six.  Along with him and his entire family, Jhadrel Rinpoche, Abbot of Tashi Lhunpo Monastery and the head of the Search Committee for the reincarnation of the 10th Panchen Lama in Tibet, was also arrested and imprisoned.

Through the efforts of the Central Tibetan Administration, Tashi Lhunpo Monastery, and by the unrelenting advocacy of governmental and non-governmental organizations across the world, demands for the release of the 11th Panchen Lama and Jhadrel Rinpoche have intensified tremendously over the last two decades since 1995.

The issue of the Panchen Lama has become so critical in recent times that it has been recorded in the annual reports of the UN Human Rights Council as well as the annual reports of the UN Convention on the Rights of the Child.  Other global human rights organizations such as Amnesty International and the parliaments of many freedom-loving countries such as the US, UK, Canada, and the EU have also expressed strong statements condemning the Chinese government and have called for the release of the 11th Panchen Rinpoche. Unfortunately, the Chinese government has until now not offered a straightforward response regarding the Panchen Lama’s whereabouts and physical condition.

Although the issue of 11th Panchen Lama’s forced disappearance is a matter of great concern to all Tibetans, it is not simply an individual matter of China’s imprisonment of Tibetan lamas. It is also symbolic of the general human rights situation inside Tibet and is a substantive evidence of China’s rampant violation of the Tibetan people’s right to freedom of religion.

In addition, China’s continued employment of lies about the recognition of Tibetan reincarnated lamas is a complete violation and an assault on the historic traditions of Tibetan Buddhism. In fact, such policies of the Chinese government will also prove to be of huge detriment to the reputation of China as a growing world power.

Moreover, our struggle for the release of the 11th Panchen Lama has always been based on truth and honesty, and we pledge to continue to move forward in our struggle by committing ourselves to the principles of truth, freedom and honesty.

Finally, we offer our fervent prayers for the long life of the two great spiritual teachers His Holiness the Dalai Lama and the Panchen Lama, and hope for the swift and peaceful resolution of the Tibet issue.

Central Association for the Panchen Lama