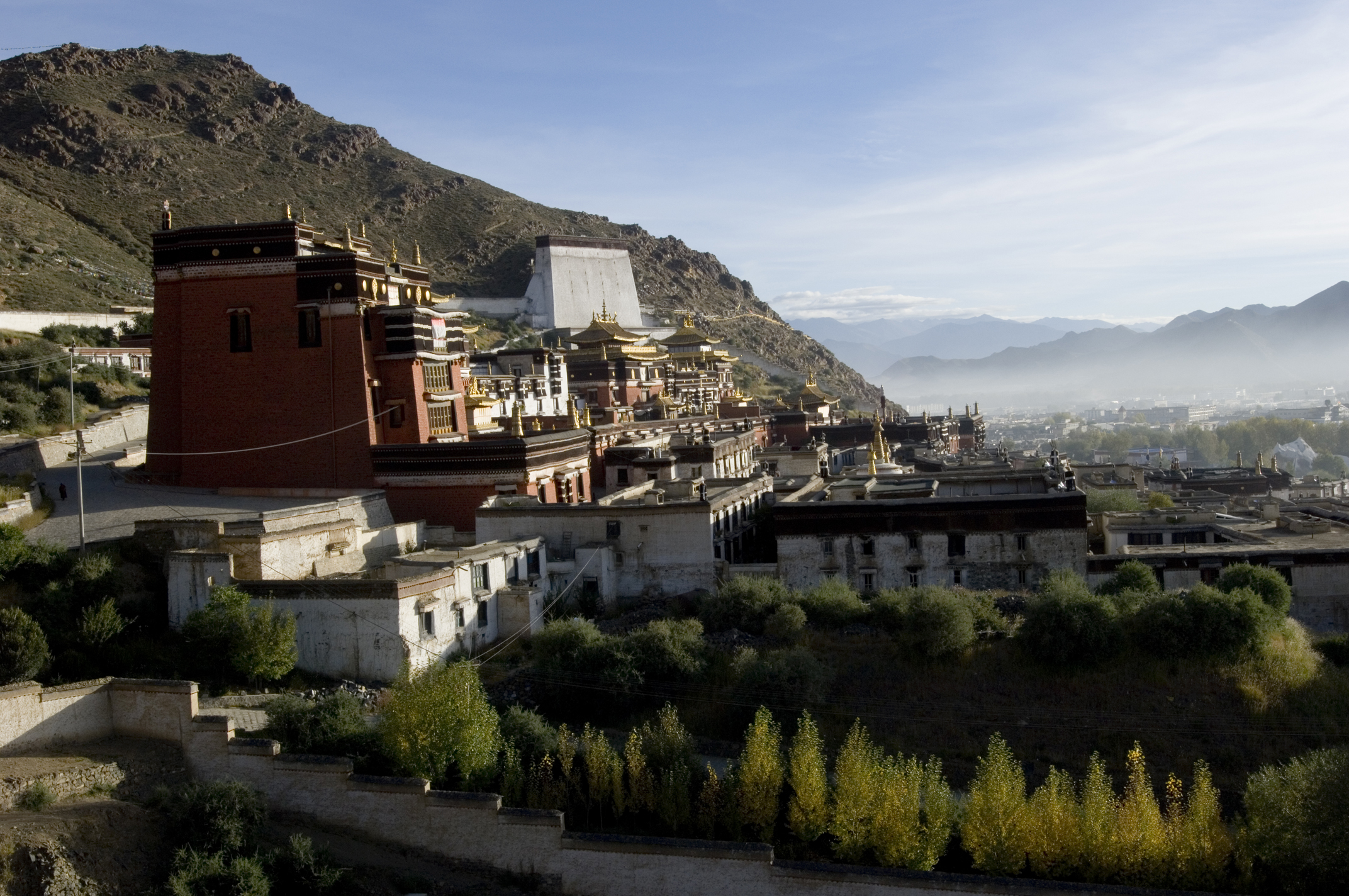 Tashi Lhunpo Monastery, the principal monastery of the U-Tsang Province in Tibet, is one of the Great Six centres of the Gelugpa tradition. Tashi Lhunpo was founded by His Holiness the 1st Dalai Lama, Gyalwa Gedun Drup in 1447, and became the largest, most vibrant monastery in Tibet.

The monastery grew in importance in the 16th Century, when Tashi Lhunpo’s Abbot, Lobsang Chokyi Gyaltsen (1570-1662) was recognised by the Fifth Dalai Lama as an incarnation of Amitabha, the spiritual teacher of Chenrezig and the patron saint of Tibet, and was given the title ‘Panchen Lama’. ‘Panchen’ is the shortened form of Pandita Chenpo, meaning Great Scholar. The Panchen Lamas became - together with the Dalai Lamas - the most important religious leaders in Tibet. In the same way as the Dalai Lamas, three previous Abbots of Tashi Lhunpo were retrospectively given the title Panchen Lama, making Lobsang Chokyi Gyaltsen the fourth in the line.

The relationship between the Dalai Lamas and the Panchen Lamas is unique. Each Lama in their lifetime is not only involved in the search for the other’s reincarnation, but also assumes the role, first as the disciple and later in life as the master, of the other.

Under the 4th Panchen Lama, Tashi Lhunpo became an integrated society where monks from Tibet, Bhutan, India, Nepal and China lived in harmony, providing a community where monks received education as well as the warmth and love of a family. Over the years the monastery flourished as a centre of learning, and played a vital role in the preservation of Mahayana Buddhist Philosophy.

By 1959, 5,000 monks were resident in the Monastery in Shigatse, Tibet, with a further 2,000 monks outside Tibet itself. Following the Chinese invasion of Tibet, and the destruction caused by the Cultural Revolution, only 400-500 monks remain in the monastery. 300 monks made the journey to India following His Holiness the Dalai Lama into exile, and in 1972, under His guidance, Tashi Lhunpo Monastery was established in Bylakuppe, Karnataka State, in South India.  Here the 250 monks continue to follow the same tradition and principles in exile as in their monastery in Tibet.

During the 1960s, many senior Lamas and monks left Tibet because of the difficulties they faced in practising Buddhism under the Chinese occupation. Many of them helped to re-establish monasteries in India, Bhutan and Nepal. The 10th Panchen Lama was not able to leave Tibet, and as a result many of the senior lamas from Tashi Lhunpo Monastery remained inside Tibet. Without the guidance of senior lamas, Tashi Lhunpo Monastery has been at a disadvantage, and remains one of the poorest of the re-established monasteries.