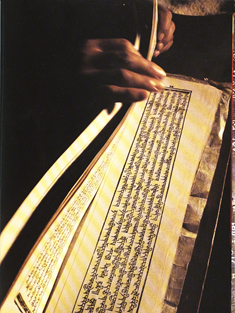 Tashi Lhunpo Monastery in South India is one of the major centres for the study of Tibetan Buddhist Philosophy.  Central to these studies is the priceless resource of Buddhist scriptures used by the monks in their work.  The monastery’s sets of written texts are now at great risk because they cannot be kept safely, and access to them has to be restricted.

Around 860 BC, in the great university of Nalanda in North India, scripts were written on bamboo as the skills of paper-making were unknown.  This system of was later introduced into Tibet.  The Kagyur and Tengyur are the oldest examples of Buddhist scriptures, dating back 2500 years.  They were originally written in Sanskrit and later translated into Tibetan by great Tibetan scholars in around 700 to 800 A.D. But these scriptures are on the verge of extinction following the Chinese occupation of Tibet in 1947, and the damage inflicted in the Cultural Revolution.

When they fled from Tibet in 1959, following the Dalai Lama into exile, many monks from Tashi Lhunpo Monastery carried with them these priceless scriptures, many of which were scattered all over India and Tibet.  Since then, the monastery has been trying to recover all the missing volumes and doing their best to preserve the rarest scriptures. 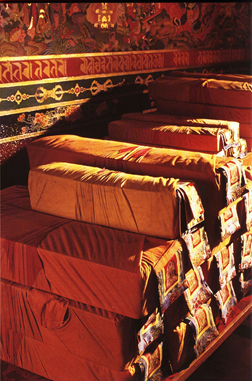 Many of the scriptures we have in Tashi Lhunpo Monastery date back to the 14th and 15th centuries, some being impossible to date exactly.  The particular feature of these scriptures is that they are all hand-written on rice paper.  In some cases, only a single copy of a manuscript exists, and some of the pages are already not legible. We desperately need to have these scriptures reprinted, so that they can be made available to as many as people as possible.   The lack of a proper library has meant that we have been unable to produce these much-needed copies of such scriptures.

Our problems are made worse because of the additional threat of rats and insects damaging the precious scriptures. During the rainy season, leakage from the poor quality roof where the books have been stored has also contributed to the destruction of the scriptures.

In addition, making new volumes of Buddhist scriptures available to scholars is not possible due to the shortage of space and the lack of a proper library.

Please consider helping us to complete the building of our new library to allow the study of these priceless scriptures to continue.  To go to our donations page, please click here and enter 'Library Project' in the notes box. 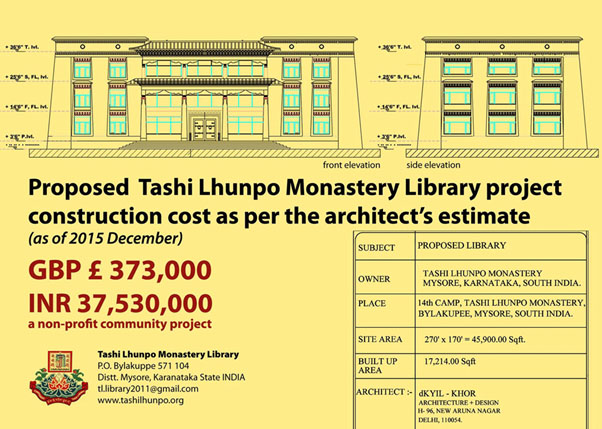 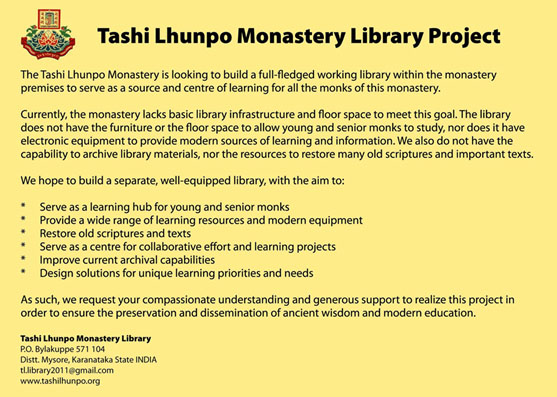